No winter this season, an attempt to take advantage of it. 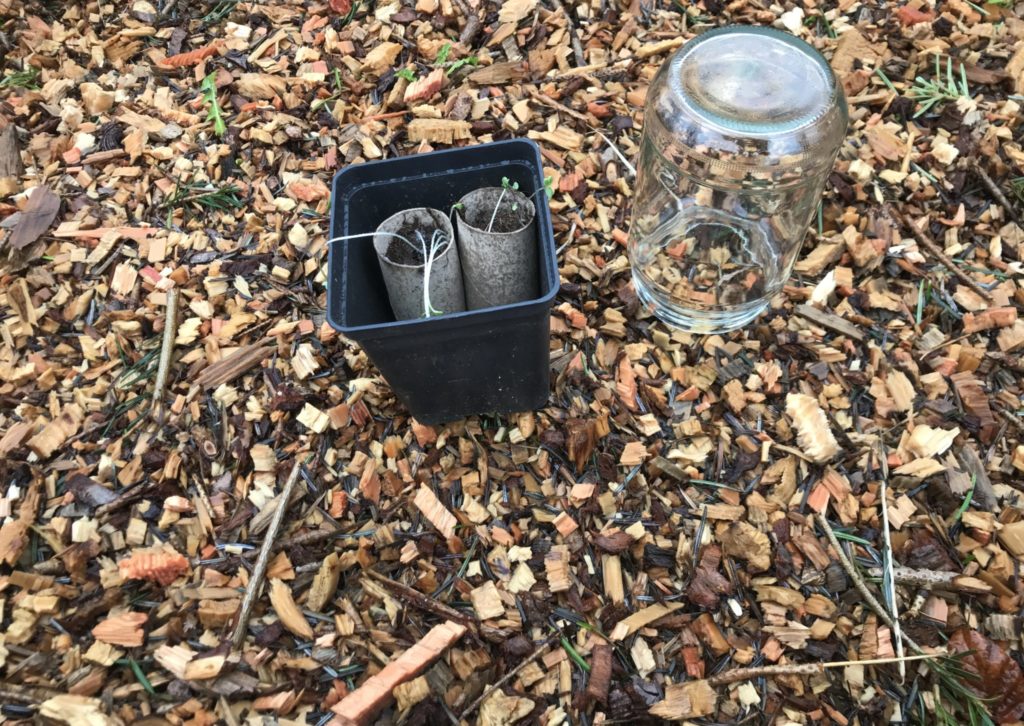 The seasons are totally out of whack. We really have had no winter to speak of where we live so I will attempt to get a jumpstart and plant some already.
This is at least 2 months early and naturally, it can totally fail, but I will not risk planting expensive seeds and mainly I will try some plants that are a bit hardy to frost.

Winter might come.
I will update this with how this experiment goes.

On the 14th of January, I planted some storebought peas that I had leftover from last season. They haven’t sprouted above ground yet, but digging in the ground a bit showed that they are forming roots.

The day after I put planted some more hardy seeds, this time broccoli and cauliflower, in some DIY toilet roll grow tubes. I let them sprout indoors and transplanted them 9 days later.

To give my seedlings a bit of a better chance I used some jam jars as a DIY Cloche. So far they look great, I lift them up nearly daily to let in some fresh air. I don’t know if that is something I need or should do, but… 🙂
Temperature have been between 4-6 degrees Celcius, but a couple of nights we’ve had some frost. I’ve seen

It almost looked like we got real winter in the first week of February.
We had a couple of days with minus 2 – 6 °C. That was enough to kill off the broccoli and cauliflower I had transplanted on the highest part of our property, my raised hugelkultur bed, about 2 meters lower seems to be just what within the tolerance limit.

The two middle weeks of February had a lot of rain and low temperature, rarely getting above +6 °C.

The last few days of February we got a lot of rain and then a bit of snow and frost. Now only one of the remaining broccoli and cauliflower is still surviving. Unfortunately, I got them all mixed up and I’m not experienced enough to identify what it is.

I plan on sowing seeds indoors in March and transplant in stages.
We can often get late frost and/or snow in March and beginning of April.

This month saw a few days of frost in the beginning and in the very end, the middle part was fairly mild.
Everything planted in February was still alive at the end of March, but no real progress apart from the peas I put in the ground in January.

I did a bit of pruning on some of our fruit trees, one idea I got off twitter was to just stick all of those cuttings in the ground. If they work, they work, and you’ll have free trees. Do bear in mind that these, if they succeed, will then have the root system of that tree and not a dwarven rootstock as one normally get from a nursery.

If possible I put these next to the tree or bush I got them from so I don’t have to label them.

My rhubarb I planted from seeds last year, emerged in the middle of March, but didn’t care too much for the frost we had at the end, but it looks like they’ll be ok. I will sow more rhubarb as we do eat them, and wife makes a really great rhubarb pie.

I transplanted a couple of sunflowers the very last