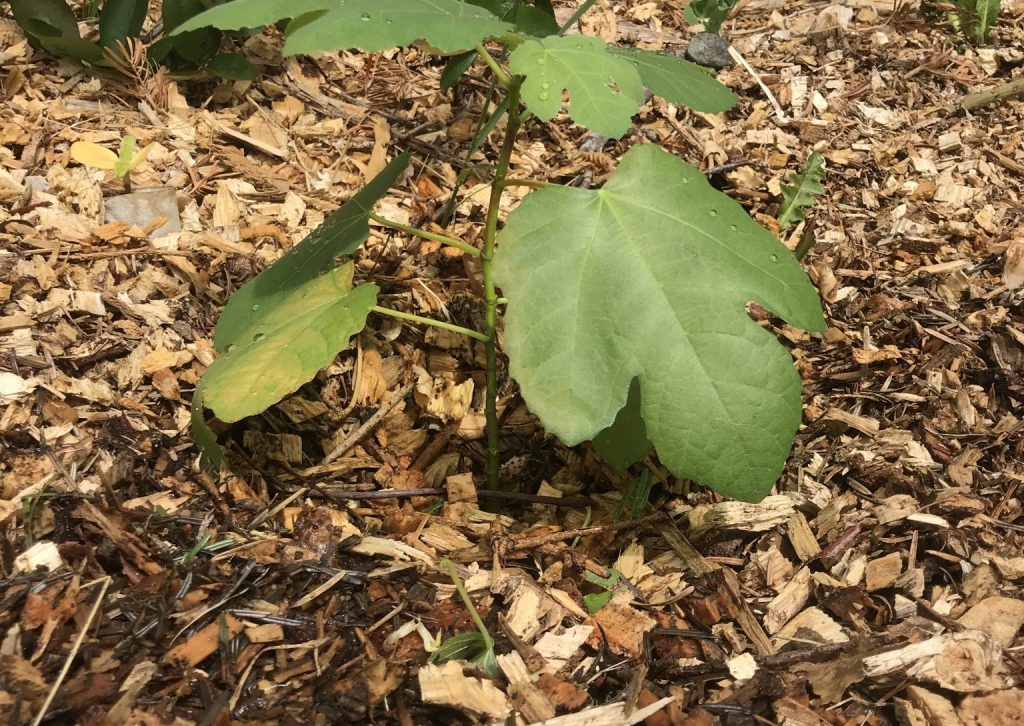 In the summer of 2019, I transplanted a fig I got as a gift. The plant didn’t have a variant name on the label, but it had a warning that it didn’t tolerate frost. Since my wife is one of those that can’t stand the smell of figs I was told it wasn’t allowed indoors, so I took a chance and transplanted it in the warmest spot on our property.
I mulched with woodchips around the plant and used a garden table above it to protect it during the winter, but didn’t wrap it up.
This winter was really mild, as I’ve written about here. The plant seemed to do really well, the only damages I’ve seen happened in May when we got two nights with frost and the leaves had already sprouted.

I did some research and found a couple of variants of figs that are hardier than the ones we most commonly will find in stores near me. The one that stood out most for me was the Chicago Fig. I bought some seeds online and gave them a go last year, but I started a bit late so they were too small to transplant before winter set in.

The above Chicago Fig did well all summer, even if July was rather cold, it did quite all right. Lately this plant got attacked by something and I do worry how it will cope during it’s first winter if it hasn’t managed to build up enough energy into it’s roots to make it.

I gave one Chicago fig tree to my mother-in-law, and that seems to do well at their place. They live in Arendal, Norway and their climate is much better than ours. They usually have warmer, dryer summers and milder winters.
The winter of 20/21 wasn’t as cold as we had, but it still died back and sprouted new growth from the ground.

Rain where I live

This graph from yr.no shows how much rain we’ve had in the last 12 months. The black line indicates what is normal. Like everything else, nothing is normal anymore, so have to take this into consideration as well. Can’t rely on historical data alone…

The last two Chicago figs I grew from seeds seem to do well, but not as tall as this one. They’re in a more well-drained area, but the soil is poorer her.
They’re not as big, but looks healthier.

I’m a bit nervous about this winter and how the figs will do.
Last winter was really, really mild, but with an on and off spring/winter later on.