Which Vegetables To Plant In Hugelkultur beds? 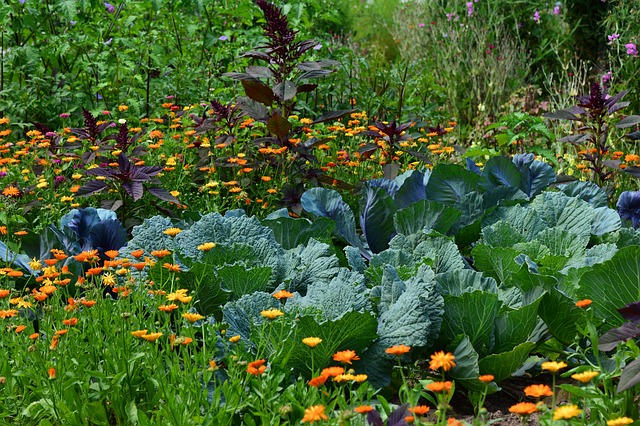 What vegetables to plant in hugelkultur beds can be a rather complicated affair if you let it be, or if you’re a very adventurous person; a very easy choice, but with the potential to learn a lot from what didn’t turn out too good… It is in my opinion very good to take some risks to try out things, but I wouldn’t leave it all to chance.

There are two main concerns in my view when it comes to vegetables in a hugelkultur.

Perennials + those vegetables where we harvest what’s above the soil.

We can divide vegetables in quite a few ways;

The last item might sound silly, but there really isn’t much sense of growing anything you don’t actually want to eat in your garden? For that means I should grow a lot of corn, and ban celery. My success rate with corn is currently 0%. Although this is sound terrible, I’m not going to give up.
As for celery, I’m quite lucky that no one in the family really much for it, so it’s never been suggested….

The problematic middle part of a hugelkultur mound

In the center of a hugelkultur mound the soil will shrink over time.
That shouldn’t be a problem for annuals, but for that might be a problem, especially for most trees as they generally don’t like those air pockets that might build up underneath them if you plant a tree on the top of your mound. Asparagus might also be problematic as that can grow for so many years and also might suffer if the soil underneath it disappears.

So let’s look at the main types of vegetables and if hugelkultur is a good idea, but first; what are annuals, biennials and perennials?

Annuals, biennials and perennials in a hugelkultur bed

Annual plants do not live beyond one year from planted as a seed to their death (seed-to-seed cycle). It will sprout, blossom and die within 12 months. This doesn’t have to be within a calendar year, but within 12 months at max. A good example is corn.

Biennial plants need two years to complete its life cycle. It will sprout and grow, survive through one winter, and in the second year it will grow more, blossom, and die. Biennials are the least common of the different life cycle types of plants. An example that many do not know of are carrots. They’re ready to eat the first year, but seeds come the second year.

Perennials plants live nd two years. By this definition, many plants including trees are perennial, although the term is more commonly used for herbaceous plants. A good example is .

Types of vegetables for a hugelkultur bed

Depending on the shape of your , I would recommend placing your perennials in those locations on those spots where you can expect little or no movement in the soil due to the compost processes among the logs, branches and other organic material placed inside the mound.

Root vegetables might be a good idea to avoid in a , at least during the first few seasons, unless you don’t care too much if you can’t actually harvest all the crops form them if they get stuck inside the branches and such. The potato can easily be used to provide shade and improve the soil so this might be a good idea for such needs.

Allium plants in a hugelkultur bed

Allium plants, like onions and garlic, can easily be planted all over the . They and many others can also be used to protect other plants:

Marrow vegetables in a hugelkultur bed

The marrow vegetables I would put near where one can expect the most heat generated from the composting process beneath the soil as these thrive in really well with some extra unless you live somewhere where it’s quite warm.

Leafy greens and the cruciferous plants in a hugelkultur bed

Leafy greens and the cruciferous plants can easily be planted more or less anywhere where they’ll get good light and where they are easy to reach as many of them, like various variants of lettuce, one can and should harvest over a prolonged period. Leaves that are starting to die off should be removed from your plants and put into your compost. They shouldn’t just be left to rot next to the vegetables as that have a high risk of attracting slugs and other critters that can have a go on your vegetables after they have the spoiled leaves on the ground.

Taking care of your hugelkultur perennials

Just as annuals must be looked after and given good conditions to make sure they grow and prosper as you only get one chance with them, but one mustn’t neglect the perennials as you do want to keep them in your garden for years. As a group, they are popular with most gardeners due to the rewards of repeated harvest from multiple seasons.

Another huge benefit of having perennials in your hugelkultur garden is that they are often quite easy to maintain. They don’t require too much, often just some good quality soil, adequate water and plenty of sunshine. The first of those two requisites can be provided by the hugelkultur.
There are however some potential problems to be aware of. They are naturally a more ideal target for insects and diseases since they don’t die off after just one or two seasons.

The best preventive measure one can take is to buy the healthiest plants that you can find. Avoid those that show clear signs of disease, fungus, or even the presence of insects. A healthy plant will stand a much better chance to cope with what nature throws at it later on, as that will happen, but if it is healthy from the get-go, chances are that it will withstand it so much easier.

If you can find them, look for disease-resistant varieties of perennial plants. They have been specially bred for resistance to diseases and insects. Through the process of selective breeding, perennial plant breeders have worked hard choose certain plant varieties that able to survive many common garden problems.

The first season of a perennial is usually the most crucial, as it needs to adapt to the conditions, and this is especially true if you transplanted it. I would recommend to check them daily, if possible, for any signs of trouble. I do this when I take our dog out in the garden. Commonly the advice is to do this when you are performing your normal plant maintenance, such as weeding or watering them. Since I hardly ever weed and only water plants in the ground on unusual dry periods, I can’t have that routine, but you must find your own way of doing it. We all have different outlooks on things and different living conditions.

Identify problems with your hugelkultur vegetables

If you notice any problems, like something unusual going on with the leaves or cuts or marks on the stems, try to do some research, but try to get more than one source that tells you the same. If you can enlist the aid of a more experienced gardener to figure out the problem, that might be wise. The nursery where you bought the plant should also be a good resource. Take a photo of the problem and show them in person or send them an email explaining your problem. If you diagnose the problem quickly and accurately, you have a better chance of saving the plant, but you shouldn’t do anything extreme, like cutting down a tree to prevent the spreading of a disease unless you actually know that is the best way to deal with the problem at hand.

How to water your perennials

Since we’re aiming to plant our perennials in or near beds we’re hopefully not going to have to water them that often, but when we do and especially until they have settled, you should consider how exactly you are watering them. The method that you use to water your perennials can affect whether they become diseased. Don’t water from above. Sprinklers and other methods of elevated watering can cause water to pool up on the leaves, which can lead to mold or bacteria.
When you need to water, and hopefully this will not be too often from the second year, it is preferred that you water the roots. This will not only prevent water from pooling up on the leaves and flowers, but the water will be accessible to the roots quicker.

Good care for your perennials is not over at the end of the growing season. It is important to continue to care for your plants even after they have stopped flowering.

Make sure you prune your perennial plants according to the specifications for the particular variety. While some varieties of perennials need to be trimmed back drastically, others need very little pruning or none at all. It is vital to heed the needs of each of the types of perennials in your garden.
Pruning is widely regarded as an art, and too large of a topic for this post. Will do a post on that subject later.

Some mulching is recommended after the growing season for a number of reasons, but where I live apart from adding more organic matter to mound winter mulch insulates the roots, crowns, and stems of winter crops from extremely low temperatures.